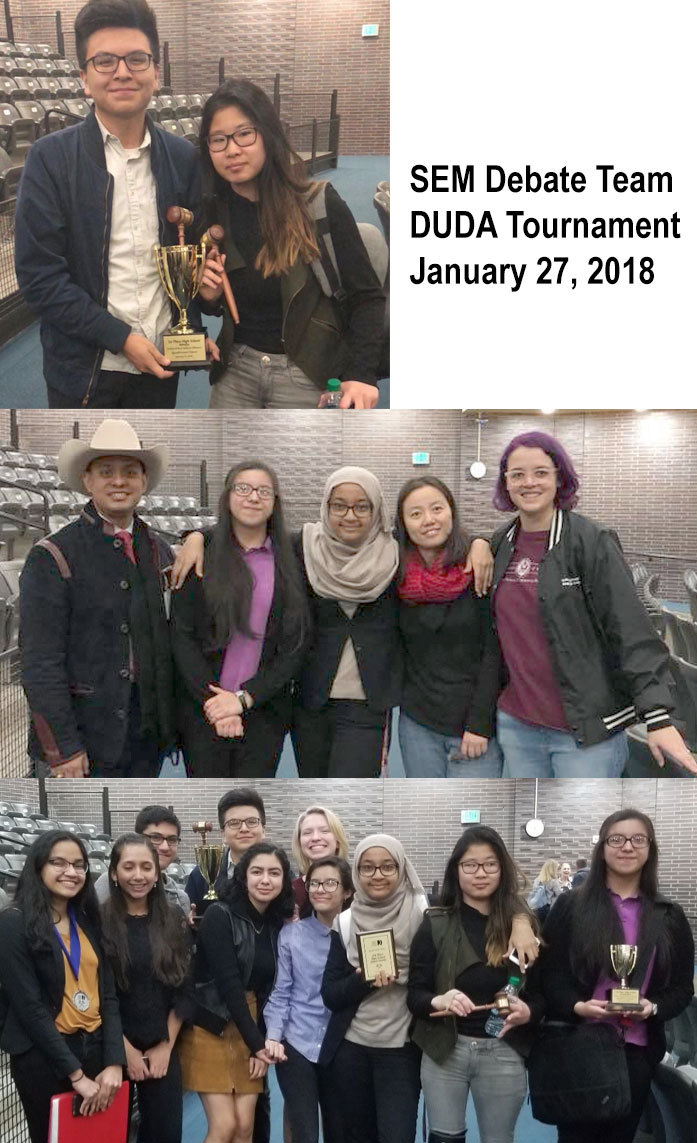 On January 27, 2018, SEM debate competed at the first winter DUDA tournaments. This was a great weekend for the team – most novices debated in the Junior Varsity level for the first time, and we fielded a new Varsity partnership with Olivia Northcutt-Wyly and Juan Diaz. Mr. Palacios was able to come by after magnet testing and support the students!

Thank you to Leslie Jaramillo for producing this write up and serving as our team historian.

Next up – Varsity City Championships/National Qualifiers and UIL state.

January 14, 2018, six SEM debaters competed at the UIL state qualifying tournament. Please help me congratulate Sophie Rahman and Olivia Northcutt-Wyly who won first place and qualified to state for the second year in a row. Also qualifying is Storm Lasseter and Juan Diaz, who won second place at the district competition. SEM beat out teams from TAG, Law Magnet, Irma Rangel, Garza, and other 6A schools to earn both spots.

Our third team, Benjamin Hernandez and Eduardo Heyer, lost only one debate round, and had a fantastic showing. Both Benjamin and Eduardo stuck around to coach their teammates to victory – thanks guys!

Our four debaters will be attending UIL state over spring break in Austin. Thank you for your continued support of the debate team. Next up – city championships and the qualifying tournament for nationals.